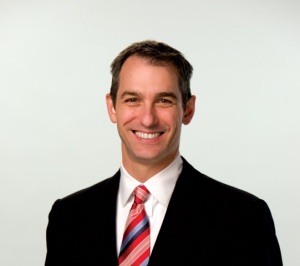 Similar to many established businesses, the media industry is encountering disruptive forces which are upending traditional methods of content creation and distribution. Public television, like all traditional media, is charged with redefining itself for new generations of media consumers. Join us Wednesday, July 29 with featured presenter Rob Dunlop, President & CEO of KCTS 9, as he explores the current media environment and shares how KCTS 9, as a public television station, is adapting to create long-term sustainability.

As President & CEO of KCTS 9, Rob Dunlop leads the strategic, operational, and business activities of one of the premier public media entities in the Pacific Northwest, serving communities throughout western and central Washington, and British Columbia, Canada. Since joining KCTS 9 in late 2013, Rob has been focused on redefining the organization’s mission, strategy, resources and community impact in the areas of education, social and civic engagement, and arts and culture.

Rob previously served for more than 22 years with Fisher Communications in Seattle. As Executive Vice President and Chief Operating Officer at Fisher, he was responsible for driving operations and business strategy through a strong and collaborative culture, resulting in consistent growth. He had direct leadership responsibility for all television, radio and digital media, technology and engineering, and capital and strategic planning disciplines. He also has experience as a research consultant to broadcast companies on product strategy and competitive performance, a producer at the ABC affiliate in Columbus, Ohio, and a news anchor/host for the top-rated news-talk station in the market.

This entry was posted on June 25, 2015 by filmmusicoffice.