The Mixer: August 2018 – Inside the Local Sightings Film Festival with Courtney Sheehan 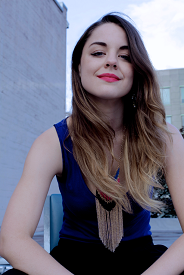 This month at The Mixer, join us for a conversation with Courtney Sheehan, Executive Director at Northwest Film Forum. Sheehan will be sharing her expertise on the film industry and giving guests a preview of this year’s Local Sightings Film Festival, Seattle’s only festival dedicated to Pacific Northwest films and filmmakers, coming up September 21-29.

Join us for networking with fellow creatives, and don’t miss this chance to meet and hear from Courtney Sheehan!

This event is free and open to the public. All ages are welcome.

Courtney Sheehan is the executive director for Northwest Film Forum. She has curated film programs and produced events for theaters and festivals on three continents. On a year-long Watson Fellowship, Courtney investigated the organizational structures, community roles, and programming strategies of twenty film festivals and media centers in eight countries. As a journalist, Courtney has covered film events ranging from the world’s largest documentary festival to South America’s largest animation festival. She co-founded the Seventh Art Stand, a national film and discussion series organized in response to the first Travel Ban of 2017. Courtney was recognized with the Arts & Innovation Award by the City of Seattle in 2017, and named one of Seattle’s “50 Most Influential Women” by Seattle Met in 2018.

This entry was posted on August 6, 2018 by filmmusicoffice.